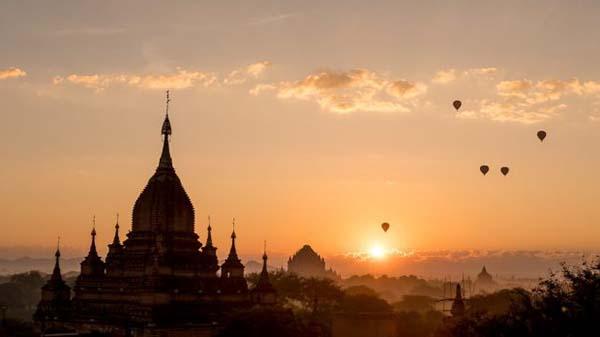 Have you ever seen a picture or an image that simply took your breath away, but you couldn’t quite put your finger on why? Well, chances are this image was so well composed, you couldn’t take your eyes off of it.

Now, a good composition doesn’t only happen in pictures. Although photographers are experts on taking the right photo at the right time with the perfect composition, truth is, you can still find this element in computer made images just like you can in artwork. In fact, the technique and understanding of composition came from traditional art.

Good computer made images heavily rely on composition, since they value aesthetics and their main goal is to catch your eyes for as long as possible. That’s why today, we’re going to talk about composition and its fundamental rules. Let’s begin.

If you’re not a traditional artist, photographer, a CG artist or a 3D artist, it’s likely you aren’t familiar with the term, since most people only care about the end result, a pleasing image, but they don’t know the fundamentals behind it.

In short, composition refers to the process of placing and arranging different visual elements in a photograph or image to make the overall vision seem aesthetically pleasing and easy on the eyes. It’s the art of combining these elements into something harmonious.

Basically, composition is about putting together the different elements you’re working with to create a powerful image that will sell the point you’re trying to illustrate to your audience. After all, there are various forms of composition you can try as an artist depending on what you’re trying to achieve.

That being said, there are many elements that go into the art of composition. From light, to texture, to colors, to placement, to value, composition takes all these different elements into consideration to create a masterpiece.

However, we are not going to talk about the elements of composition today, but the fundamentals of this practice, meaning that we’re going to focus on the general rules of composition and how you can play along with them to create whatever you want.

What you need to know about the fundamentals of composition

Before we begin, let us be clear about one thing: Composition is an extremely broad term used in art (both traditional and digital) that could be talked about for hours on end, since there are many aspects, and rules to consider.

That’s why today we are going to focus on talking about general yet very important rules of composition and some fundamentals you should know if you’re planning on creating a picture, image or painting that’s stunning.

#1: Keep your lines in mind

Whether you’re taking a picture or creating an image, the elements you place into the canvas will have an effect to the human eye; meaning these elements will create lines that will indirectly tell the eye where to look.

Depending on what you’re creating, you might want to consider where to place the focus of your image. If you want symmetric lines with direct emphasis on the main object, place them on the center. If you still want the object to be noticeable but want to include more elements, simply place them on either side of the frame, following the simple rules of thirds (divide your image in three rows and three columns and place your main object in the spot where the three squares combine).

#2: Simplification is the key

Simplifying your images (or pictures) might sound easy at first, but in reality, it takes a lot of practice to master the art to get rid of the unnecessary elements in your work to let the really central ones shine and still manage to preserve the main idea of what you’re trying to express.

The important rule about simplification everyone should follow is to reduce clutter. Which means, take out anything it doesn’t really need to be there and stick with the elements that will help you naturally enhance the central object or point of the image. If you remove something, and the image is still as strong and works as well, then it wasn’t needed.

There’s a simple trick to do this: Select and define your central object and then work around it. However, this isn’t the only thing you can do to simply your images, since it isn’t only about objects but about color and range and even lighting.

We will talk about more in depth about the color theory, but basically what you should do is established a determinate color palette and work with it. Remember, your color palette could include different colors, or simply work with different shades of the same tone.

Now that we are talking about colors, let’s talk about color theory and color psychology and why it is so important for the art of composition in general. You see, color theory is based on the premise that certain colors work well with each other, and what you can accomplish with them if you combine them in different ways.

On the other hand, color psychology is based on what those colors make you feel. In shorter words, define your color palette as we suggested before, but do so keeping in mind the combinations of colors you want to make and what you want to make the public feel with them.

This is one of those classic fundamentals of composition everyone needs to know regardless of what they are trying to create. You see, this rule is simple: Odd objects tend to catch people’s eyes faster than even objects.

Basically, if you’re trying to get people’s attention and what to make sure your image isn’t extremely symmetrical, you can use the rule of odds to add a different perception to picture. An over-simplified  example is trees in groups of three or five intuitively feel right, in aerial or perspective views compared to groupings of two or four. However, three is typically the magic number in composition.

#5: Understand the shapes you’re working with (geometry and symmetry)

Last, but not least, work with shapes. Just as there are invisible lines that will tell your audience where to look, there are certain objects or shapes that will create a false illusion of symmetry when used correctly.

For example, triangular shapes tend to make an image more symmetric than if using round shapes. Now, this doesn’t mean you have to add triangles everywhere, but that you can create these shapes using the objects in your image!

So, if you have an actual project that you need visualization services for, or just want to discuss the process and the potential returns on your investment, we are here for you, feel free to reach out.

Involved in our Profession

ASAI Members and Proud of It!

We are proud are proud members of the ‘American Society of Architectural Illustrators’ and support our industry whenever we can!